A publication known as the Glasgow Looking Glass by William Heath begins in Scotland. Referred to as a form of topical graphic journalism, the satirical nature of the text combined with the animated illustrations leads to it being generally credited as the inspiration for comics. 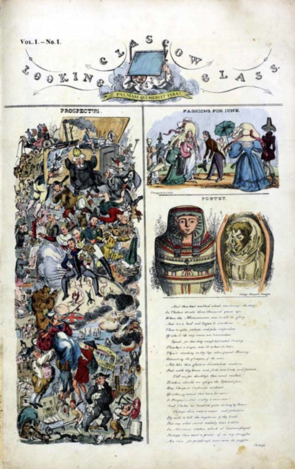 Swiss caricaturist Rodolphe Topffer creates Histoire de M. Vieux Bois as what he describes as a ‘diversion’ for friends. The work, however, gains immense popularity and is published in Switzerland in 1837 before being translated and recreated across the world. The paneled format of the work is an accepted influence for later works such as newspaper comic strips. 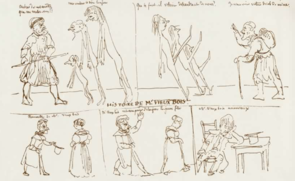 A weekly publication known as Punch, or The London Charivari, begins production through Henry Mayhew and Ebenezer Landells. The British magazine redefines the word ‘cartoon’ to be associated with humorous artwork. Its dramatic success leads to circulation hitting a peak a century later in the 1940s. 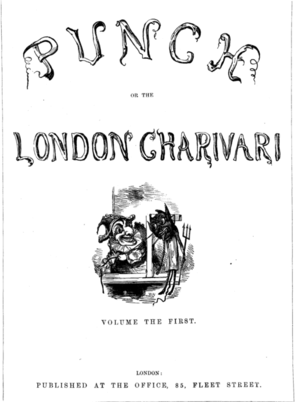 Topffer’s Histoire de M. Vieux Bois goes through multiple iterations. Eventually, it is translated into English, re-illustrated, and published by the Brother Jonathan newspaper in New York in 1842. The end result of The Adventures of Mr. Obadiah Oldbuck is now considered to be the first American comic. 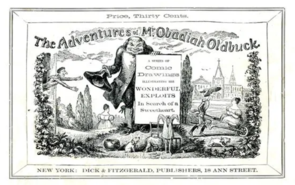 Reproductions of European works continue to gain attention from artists as a new medium. However, these often unauthorized reproductions and translations dominate the medium until 1849. At that time, J.A. and D.F. Read create what is thought to be the first uniquely American comic - Journey to the Gold Diggins by Jeremiah Saddlebags. 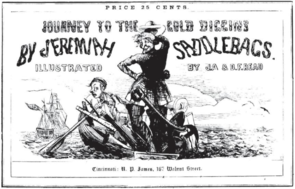 Originally proposed in German by Austrian cartoonist Joseph Keppler, Puck is the first successful humor magazine in the US. Content within it largely mirrors the political and societal satire of Punch in the UK. The English language version is first circulated in 1877 after German versions fail to gain adoption or backing. Involved artists go on to found the satirical magazine Judge in 1881. 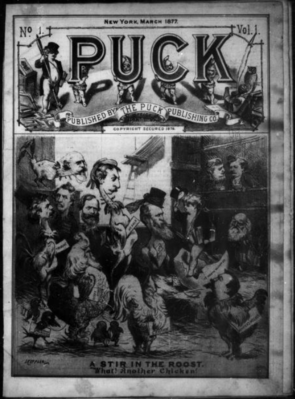 Publishers Joseph Pulitzer and William Hearst compete for sales of their respective newspapers. Eventually, each introduces color comic strips as a way to increase circulation. The Yellow Kid character becomes the most notable of the time from Richard Outcault’s Hogan’s Alley comic strip starting in 1896. His use of a speech balloon is thought to be the first of its kind. 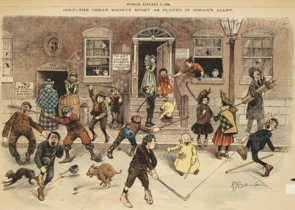 Rudolph Dirks’ comic strip The KatzenJammer Kids first appears in the American Humorist. The paneled approach harkens back to earlier works such as Histoire de M. Vieux Bois and starts to feature what some consider a more traditional comic cartoon style. The same year, The Yellow Kid in McFadden’s Flats introduces the character outside of newspapers and its back cover bears the now iconic phrase ‘comic book.’ 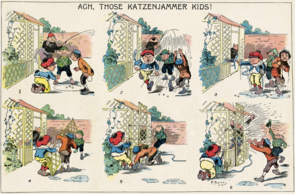 Comics Monthly becomes the first monthly comic production. This collection of comic strip reprints commences the idea of a regular publication separate from that of magazines or newspapers, and leads to others such as The Funnies in 1929 and Detective Dan, Secret Operative No. 48 in 1933. Funnies on Parade also in 1933 is the first publication in the now standard comic book size. 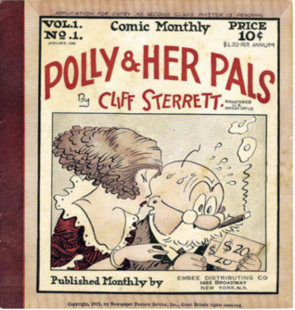 After its founding in 1934, National Allied Publications releases the first all-original content comic book New Fun - The Big Comic Magazine. The first issue combines humor with dramatic storytelling and is the first to see advertisements replace corporate sponsorship. National Allied Publications is purchased by its sister company Detective Comics in 1938, rebranding as DC Comics in 1977. 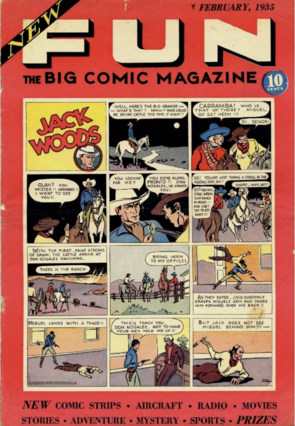 Detective Comics releases the gold standard of the modern comic book, Action Comics #1. With the introduction of Superman, it is considered to be the birth of the superhero genre. It is also the most valuable comic book in the world with a CGC-graded 9.0 copy selling for over $3.2M in 2014. Detective Comics introduces characters such as Batman (1939) and Wonder Woman (1941) based upon the popularity of Action Comics #1. 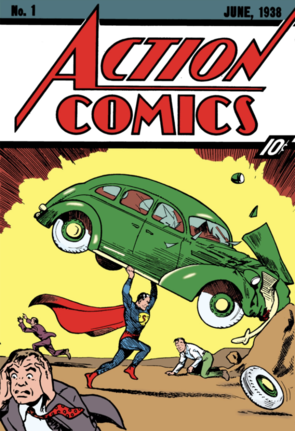 - Timely Comics is founded and releases its first publication, Marvel Comics #1. The issue introduces characters like the Human Torch and Sub-Mariner. More significantly it creates the template that leads to characters such as Black Widow (1940) and Captain America (1941). Timely becomes Atlas Comics in 1951 and ultimately Marvel Comics in 1961. 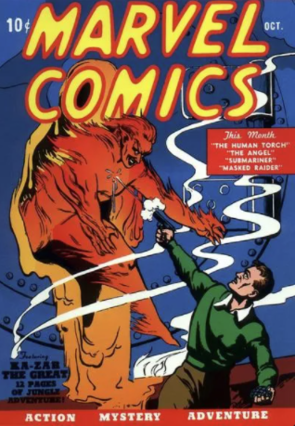 The superhero genre takes slight pause, paving the way for alternative themes of crime, horror, and romance play a larger part of comic book content. Government regulation enters with increasing analysis of societal issues that are allegedly tied to comic book consumption. EC Comics, publisher of Mad beginning in 1952, becomes the poster child of this focus given their societal and even political commentary. 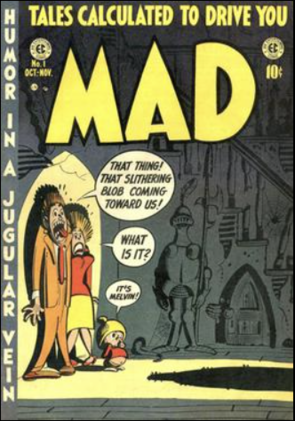 DC Comics releases Showcase #4, containing an altered version of the Flash character. Regulatory limitations on content lead to a resurgence of the superhero genre, reimagining other DC characters like Aquaman (1956), Green Lantern (1959), and the Justice League (1960). While other comics targeting younger audiences such as Richie Rich or Little Dot gain popularity, the ‘Silver Age’ moniker is derived from fans commenting on the second wave of transcendent superhero characters. 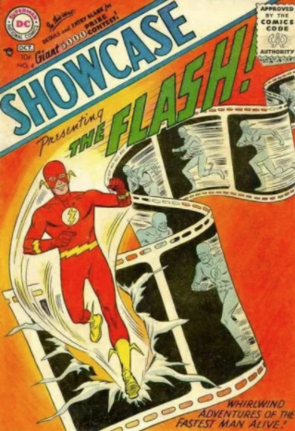 Rebranded Marvel Comics begins a stretch of character introductions unparalleled in popularity. Fantastic Four #1 is followed by powerhouse franchises such as The Incredible Hulk (1962), Spider-Man in Amazing Fantasy #15 (1962), and the X-Men (1963). A new style of incorporating science fiction and more complicated personalities proves wildly successful. Artwork associated with this time period starts to break from previous eras, mirroring the creativity of the time. 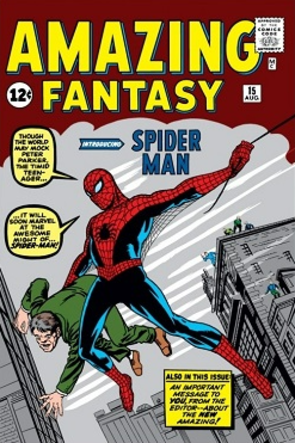 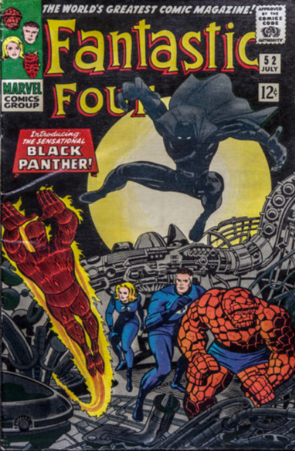 The publication of Conan the Barbarian #1 heralds a new interest of science fiction and fantasy in comics. Deeper storytelling rather than dramatic introductions and events become more the norm, often with a darker side. A maturing audience out of the Silver Age brought the opportunity to show a mature Green Lantern in the same year, addressing drug use on its cover. Regulation is laxed to allow ‘vampires, ghouls, and werewolves’ provided they are done so in the ‘classic tradition.’ 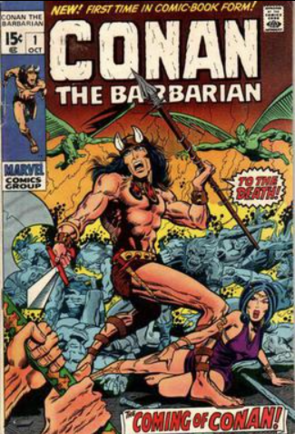 - Gwen Stacy is murdered in Amazing Spider-Man #121, the seminal moment of the Bronze Era. Despite comics darkening in previous years, this event carries content over a threshold into a new approach and feel. Creativity abounds and the number of titles expands rapidly. A large part of expansion is that of DC Comics in an attempt to regain market share lost to Marvel Comics. 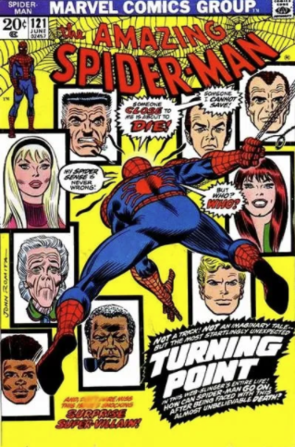 DC Comics ceases production on a number of characters in what is termed the ‘DC Implosion.’ The rapid expansion of content combined with lower sales creates an untenable situation for the company. Canceled Comic Cavalcade is released as a photocopied offering as a way to protect copyrights of developed characters, with only 35 copies said to be printed. 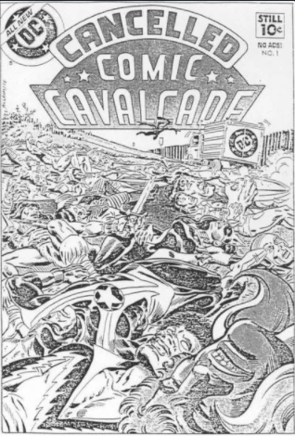 Many new independent publishers start producing content, a trend that began during the Bronze Age and was helped by the industry shakeup of the DC Implosion. Continuing the trend of dark content is Crisis on Infinite Earths. The series contains scores of deaths including that of popular characters previously known as Supergirl and the Flash. Speculation runs hot as collectors look to purchase comics as an investment. 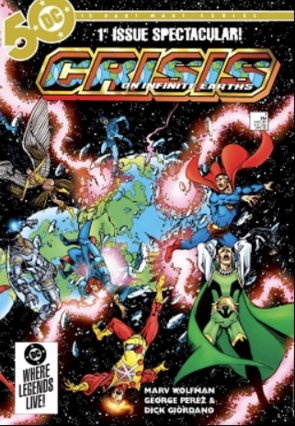 Different issues of the same comics become popular due to the speculation, leading to ‘variants’ in publication. X-Men #1 becomes the clearest example of this trend with five different variants in addition to holographic covers. The record setting 8M+ copies sold leaves collectors to question value when scarcity doesn’t exist. 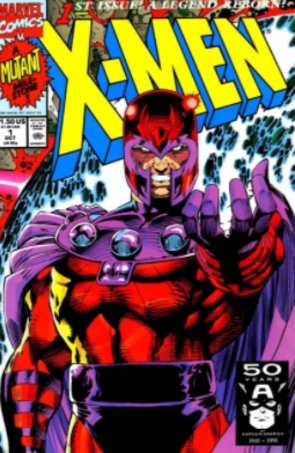 A group of Marvel employees agree to leave the company and found Image Comics. The biggest reason for the ‘X-odus’ (stylized due to artists involved in the X-Men franchise) is the idea that copyrights would be kept with the creators, finalizing the trend of independent comic creation. Spawn #1 is the first major success through the new production. 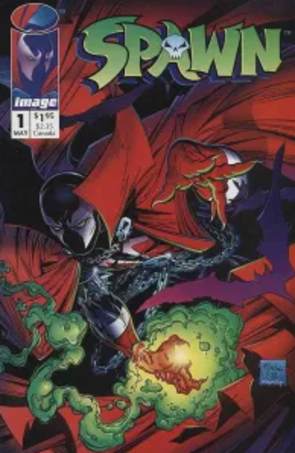 Dark characters and content are now the norm. Daredevil, Elektra, and the Punisher all have publications of their own highlighting their considerably flawed personalities and behavior. Marvel initiates the first solo comic for Venom with Lethal Protector #1. Most notably in the same year DC Comics releases Superman vol. 2 #75 - The Death of Superman. 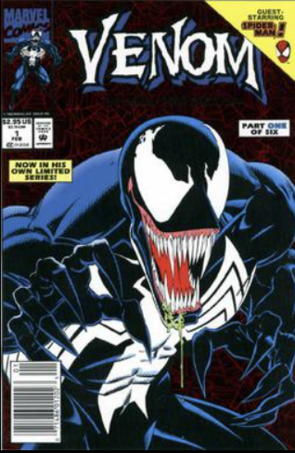 Certified Guaranty Company (CGC) is formed as a way to address the inability to verify the quality of comic books. As speculative buying has been in place for many years, the absence of an authority on the condition is apparent. CGC’s services of identifying an authentic work, recognizing a ‘restored’ work, and giving a score correlated to condition becomes the standard for comic ownership and investment. Comic Book Certification Services (CBCS) is later founded by CGC’s primary grading expert, firmly implanting the certification process as a must-have in collecting. 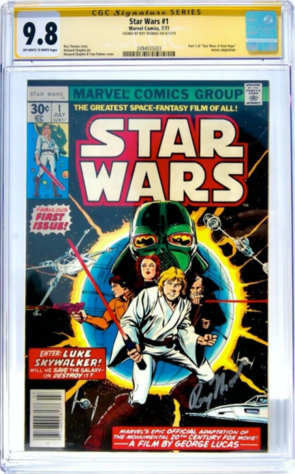 Marvel starts the trend of large scale comic book story adoption by the film industry. Cultural significance is now at its peak with characters featured from every Age of comics. The same year the independent comic Kick-Ass is published, which is also made into a film series. The publication is yet another result of the X-odus, as Marvel creates the offshoot known as Icon Comics in 2004 for creators to own their content as a retention move. 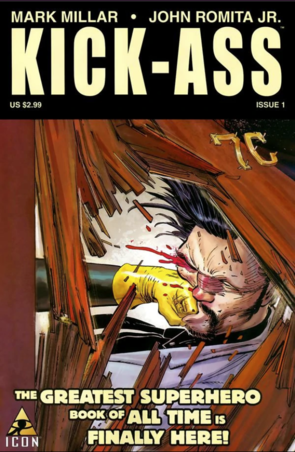 NFT Knox creates the concept of Asset-Backed NFTs, allowing comics to be tied to a digital representation. Storage of the asset is handled by NFT Knox while the owner is able to view their Asset-Backed NFT at any time. NFT Knox CERTIFIED PROOFs are offered as an additional enjoyment measure. 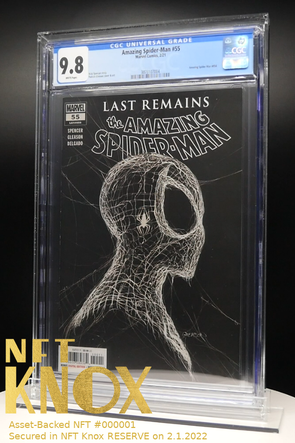